This is an illustration inspired by a product that I had designed as part of my job for an engineering application for use in an infrastructure project. Although not technically relevant, I always glance at the entire art of it. The products that I usually work on as a part of my job are not directly seen, but they’re embedded in structures that serve a larger purpose. They form parts of bridges, tunnels, offshore installations, stadiums, buildings, etc. Although not directly, there’s some sort of professional fulfillment and gratitude in working behind the scenes, invisibly for engineering projects that serve you indirectly from the roadways and tunnels you drive on to the buildings you visit, to the water you drink.

Bridge Bearings explained for the layman

One of the most underrated visual features in AutoCAD is gradient hatch.

On creating quick representations or illustrations for conveying a concept in sketch, instead of having an inceptive reliance on a full feature overblown 3D design software package, this nifty feature of gradient hatch could often come in handy for small scale and expeditious illustrations.

For example, to give a 3D feel to a cylindrical section, we can apply gradient hatch to a vertical rectangle. I shall demonstrate it with a simple example below.  The first step is to draw a simple rectangle. 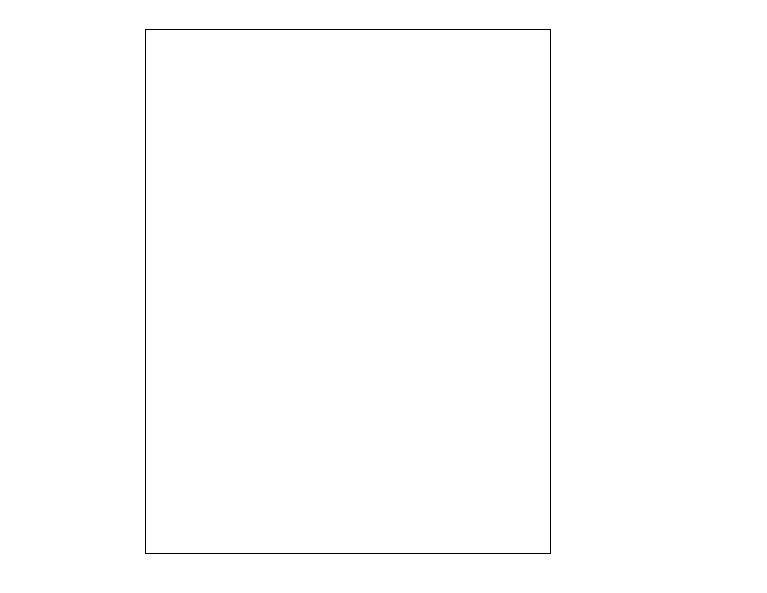 Next, we need to give it a gradient hatch in order to give that 3D pipe-like cylindrical appearance. Type in command ‘h‘  on the AutoCAD command line to open the hatch settings panel. Go to the Gradient tab. Here, we have a choice to go for either one color or two color option. Personally, I prefer a two-color palette in order to customize it well. 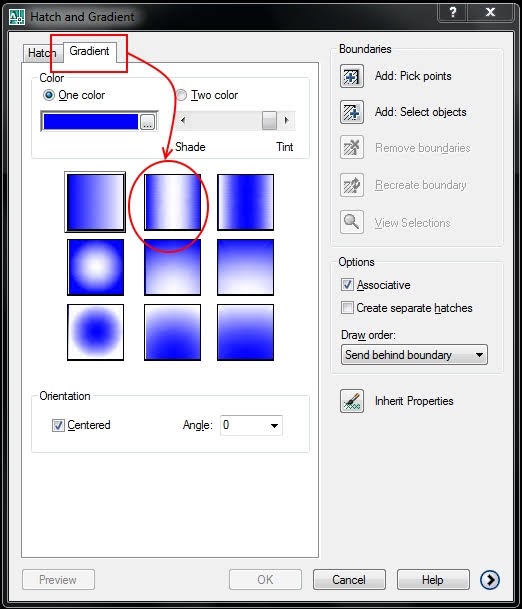 Select Two Color from the Gradient tab. For the best professional appearance, I recommend using only blacks and whites instead of any flashy colors. Here, you have to be careful to use the white color at the centre and as it widens to the centre, it gradually turns to black. For that, use the first color as pure white and the second color as pure black and select the option as shown below. 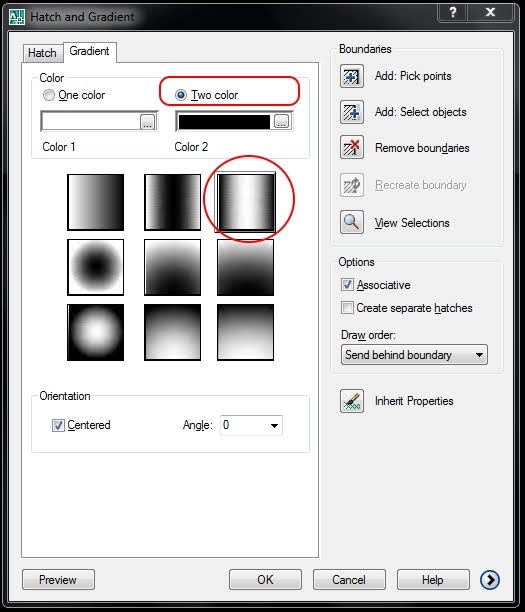 So in a minute, we have this below appearance. 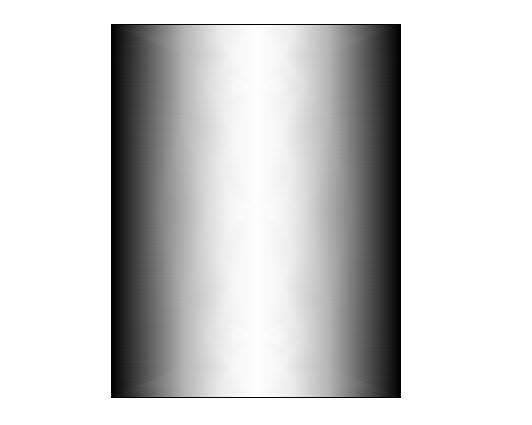 I’m aware that an advanced 3D program like Solidworks, for example, can give much better visual appearances. However, for a very quick and nifty solution on a program like AutoCAD which is much more universal in its reach across industries, I hope this turns out to be much more useful. 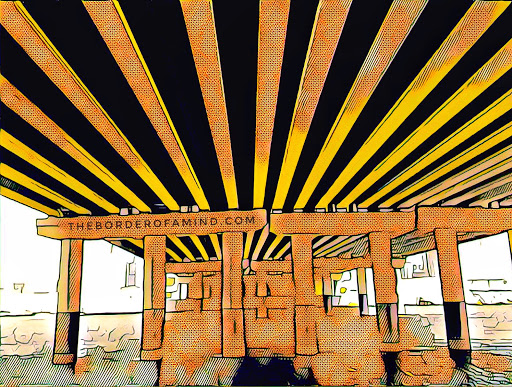 For almost the entirety of the past decade, I’ve been associated professionally with the design and development of bridge bearings in some way or the other for my current employer in the United Arab Emirates. I’ve worked on other product ranges as well, but my expertise and professional acumen are persistently pinned to this particular product owing prominently to a large amount of time I have spent on the design of bridge bearings over the past several years. Many of the people whom I meet, not necessarily from an engineering or technical background often get curious about what I do and when I start talking about bridge components, they’re bewildered. So I decided to write about bridge bearings for the layman in sort of a lucid non-technical parlance. As a prelude, let me enunciate that bridge bearings, as such is a broad discipline and I’ve worked only with a few types of bearings and is still on the path of learning for expanding horizons and filling knowledge gaps. With that sphere of humbleness, let’s begin.

Next time, when you travel through a bridge or any underpasses nearby, just before entering a bridge, pay close attention to the piers of the bridge and how those segments are held together. If you notice closely, you’ll find some devices at the interface of the top and bottom structures. These special devices are bridge bearings. Chances are that you wouldn’t have even noticed that these devices are in place. In some cases, these devices may not be visible directly as they’re mostly covered by Aluminium or steel cover plates to prevent any potential corrosion risks. But now you know that there are devices like this around. 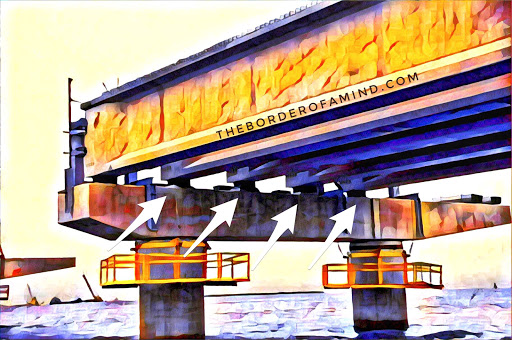 The top portion is generally called “superstructure” and the bottom portion is called “substructure”. “Bridge Bearings” are devices used for gradually transferring loads from superstructure to substructure. These loads would include self-weight of the structure, traffic loads, wind loads, earthquake loads, etc. They also facilitate movement induced by expansion/contraction of concrete. These movements include thermal movements as well as creep and shrinkage of concrete. To some extent, they can also take rotations as well. Rotations are generally due to traffic loading, construction tolerances and general settlement of foundations, Based on the load capacities, configurations, etc, there are several types of bridge bearings used worldwide in civil installations. These include pin bearings, roller type bearings, rocker type bearings, sliding bearings, knuckle pinned bearings, pot bearings, elastomeric bearings, disk bearings, spherical bearings to name a few of them. Different configurations are designed and manufactured depending on the specific set of applications in which they are being used. Bearings can also be used for restraining movements in one or both directions as well as allowing movements in any one direction. Accordingly, different types of accessories are used on the bridge bearing assemblies to achieve the required purpose. 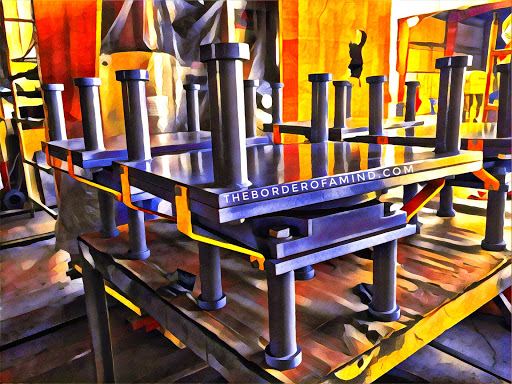 Some of the components which are used in the bearing include elastomers (rubbers and other engineered polymers), structural steel plates, bolts and sockets, round bars, PTFE (commonly known as Teflon), stainless steel sheets, etc. Depending on the type, a bearing can contain one or many of these components. Bearings are used in bridges, buildings, steel frames, offshore structures and a lot of other places. Many international codes are used by international manufacturers for designing these components.

To give some slice of history, until the end of the 18th century, all major structures were built using stone, bricks or mixed masonry. These structures are least affected by normal environmental changes and any slight movements that might occur are normally compensated by minor support displacements or deformation of materials involved. In the 19th century, cast iron and steel structures were increasingly used which were flexed to larger span lengths and they eventually turned out to be more slender and flexible and were required to be fitted at their support points through special devices. These were the first “bearings”. These could withstand movements induced by expansion/contraction due to temperature changes. Initial bearings consisted of simple metal plates sliding over each other or steel rollers or both of these combined. To provide rotational capabilities, swivel arrangements were extensively used. As technology progressed to the 20th century, Reinforced Cement Concrete (RCC) structures took steam. After the second world war, the situations demanded and favoured the extensive rapid development of reinforced concrete and pre-stressed concrete. Slender structures started to be reliant more and more on these bearing devices to accommodate rotations and movements. Subsequent years lead to the development of elastomeric bearings made of plain rubber. Later, steel plates were used inside these rubber pads and this specially designed stack became capable of sustaining larger loads and magnitudes. Subsequently, other modern bearings like pot and spherical bearings were developed which includes a combined usage of elastomeric, polymeric and structural systems that work together to be used for achieving higher load capacities, movements and rotations. Elastomeric bearings and its variants (with support plates and accessories) still continue to be the most flexible, robust, cost-effective and maintenance-free bearing solution.

Now, if we delve in more, we’d digress away from the layman terminology we’re using and would enter the techno geeky world. So for now, that’s some basic layman understanding on bridge bearings. 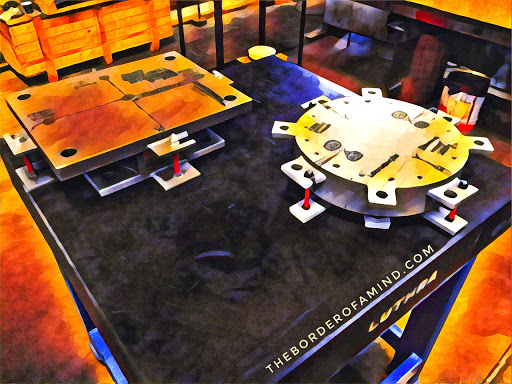 |
Bearings are an integral part of large infrastructures such as buildings,  heavy buildings and high rise buildings serving critical functions and ensuring the safety and stability of structures.

Occasionally some technology comes in and just blows your mind! This is one of them. We commonly hear about engineering software slowly growing themselves into tablet and mobile platforms to leverage their potential to changing needs with AI and machine learning engulfing every field you name. Being someone who works with engineering design, I truly believe the app by Shapr3D has truly taken into the next level with their ease of building 3D illustrations. I would like to take a demo sometime in the future.

I hope the future of engineering simulation engines taking a similar course in the future is not too far away. Probably I foresee those heavy engineering-grade GPUs in separate cloud servers and the mobile device being a “console” to leverage the huge cloud power. Google has done it with Stadia for gaming.

As a part of my job, I do engage with the design of lots of structural components used on bridges like bridge bearings.  The literature and work-related adherences normally intimidate me to see bridges with a very technical eye. Along with the technicality and the engineering behind them, it was really interesting to take a listen at this wonderful TED talk by Ian Firth, the famous British structural engineer and bridge designer which interestingly wasn’t about technical jargon, but the spirit behind why bridges are built and the beauty and passion that has to subsumed with the design, engineering and procurement behind them.

As he says in the talk, bridges are not just a safe way about a river or an obstacle, they shout about connectivity and community. He quotes several examples of how bridges empower people and communities. He walks us through the history of bridge construction and the different materials and technology options used during those times as well as brilliant synergies of architecture and engineering with examples of cable suspension bridges and fiber reinforced concrete to sculpt marvelous concrete bridges, that often becomes part and symbol of the regional landscape of certain places. I really loved the wonderful postulation of building bridges that are beautiful and elegant and at the same time are safe, durable, functional and serviceable. He says:
” We tend to design bridges for 100 years plus. They’re going to be there for an awfully long time.  Nobody is going to remember the cost. Nobody will remember whether it overran a few months.But if it’s ugly or just dull,it will always be ugly or dull. Bridges — beauty enriches life. Doesn’t it? It enhances our well-being. Ugliness and mediocrity does exactly the opposite. And if we go on building mediocre, ugly environments — and I believe we’re becoming numb to that stuff — if we go on doing that, it’s something like large-scale vandalism, which is completely unacceptable.   ”