Decor and lights are something that always steers me to explore my old archives.
“I’m more preoccupied with furnishing my head than the place where I live. The most beautiful rooms I have entered have been empty ones.”
― Yann Martel, The Facts Behind the Helsinki Roccamatios I tried my hands on creating a menu for Genie’s cove. It’s actually sort of like a sobriquet for the den we inhabit and is indirectly a poem of the culinary catalog which I and Netta are accustomed to in our routines. Tried the art and craft of converting normal food items by sprinkling in all those fancy terminology acumens you’d normally expect when you skim through a restaurant menu. It’s definitely pretentious but hey! boy we can make one 🙂 and also you now know that when you see a cafe menu, what you see is apparently an ostentatious culinary illusion made by some exuberant artist. 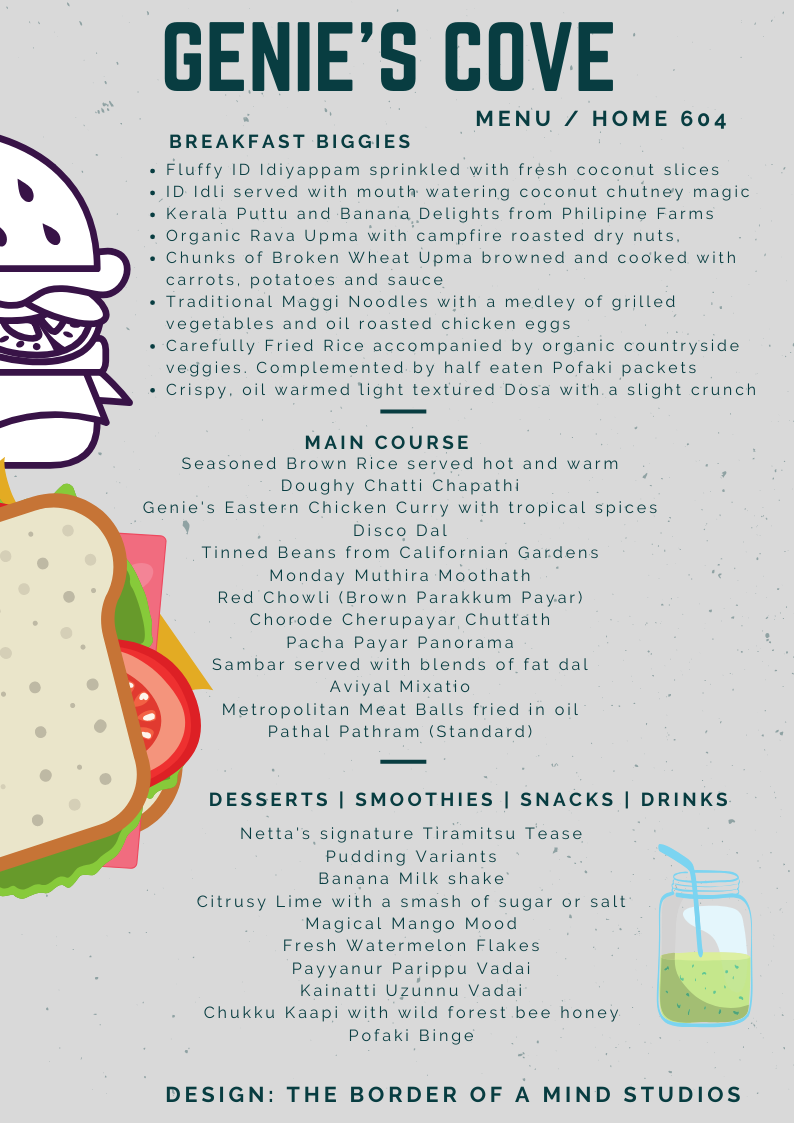 Fun fact: The name Genie’s cove is derived from:

genie /ˈdʒiːni/ (noun)
a spirit of Arabian folklore, as depicted traditionally imprisoned within a bottle or oil lamp, and capable of granting wishes when summoned.

Netta usually summons me for several things and I’m sometimes colloquially referred to as Genie in our conversations.