I had written on this page about Kintsugi. It’s a very interesting Japanese concept. It’s widely used in art and pottery but what’s even more enthralling is its philosophic extension that’s often found to cognate with healing and history. In this concept, broken and repaired things are often regarded as much more beautiful. It’s often read in the context of Wabi-Sabi, which is basically “to explore the beauty in broken things or old things.” I have read a little book explaining this concept and I felt it was wide implications. 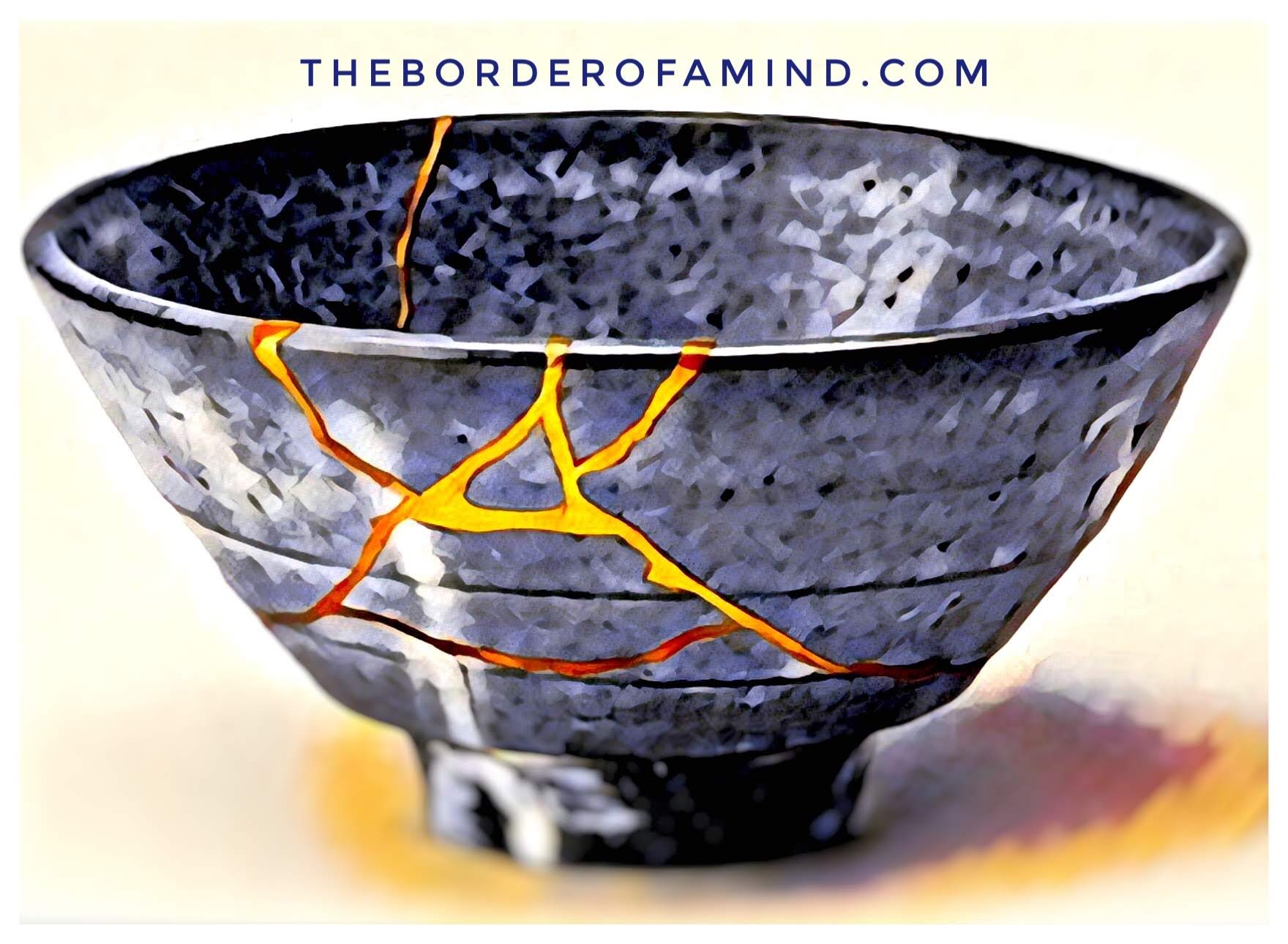 ” Kintsugi (金継ぎ, “golden joinery”), also known as Kintsukuroi (金繕い, “golden repair”), is the Japanese art of repairing broken pottery by mending the areas of breakage with lacquer dusted or mixed with powdered gold, silver, or platinum, a method similar to the maki-e technique. As a philosophy, it treats breakage and repair as part of the history of an object, rather than something to disguise. “

Barbara Bloom puts it this way: “When the Japanese mend broken objects they aggrandize the damage by filling the cracks with gold because they believe that when something’s suffered damage and has a history it becomes more beautiful“.

Omid Safi writes in his piece “Illuminating the Beauty in Our Broken Places“,

” We value success, wholeness. Unlike this Japanese art form, we don’t yet have a way of looking for what was once broken and has been healed and illuminated. How lovely would it be to find that a cracked and illuminated cup can be even more beautiful than a whole cup. How wise to realize that the broken hearts, illuminated and made whole, can be even lovelier.”