I’m really fond of layering multiple exposures in digital artworks. In my opinion, It’s a convenient way of blending stories and multiple scenes in a cohesive rendering. I’m titling this work “Parallel Worlds” in relation to the buzz of thoughts and schemes which come in everyone’s minds and the illustration connotes the perplexing moment in time to decide to go with a particular resolve, thereby channeling a unique pathway in our destinies.

“These stories were very old, as old as people, and they had survived because they were very powerful indeed. They were the tales that echoed in the head long after the books that contained them were cast aside. They were both an escape from reality and an alternative reality themselves. They were so old, and so strange, that they had found a kind of existence independent of the pages they occupied. The world of the old tales existed parallel to ours, but sometimes the walls separating the two became so thin and brittle that the two worlds started to blend into each other. That was when the trouble started. That was when the bad things came. That was when the Crooked Man began to appear to David.”
— John Connolly (The Book of Lost Things) 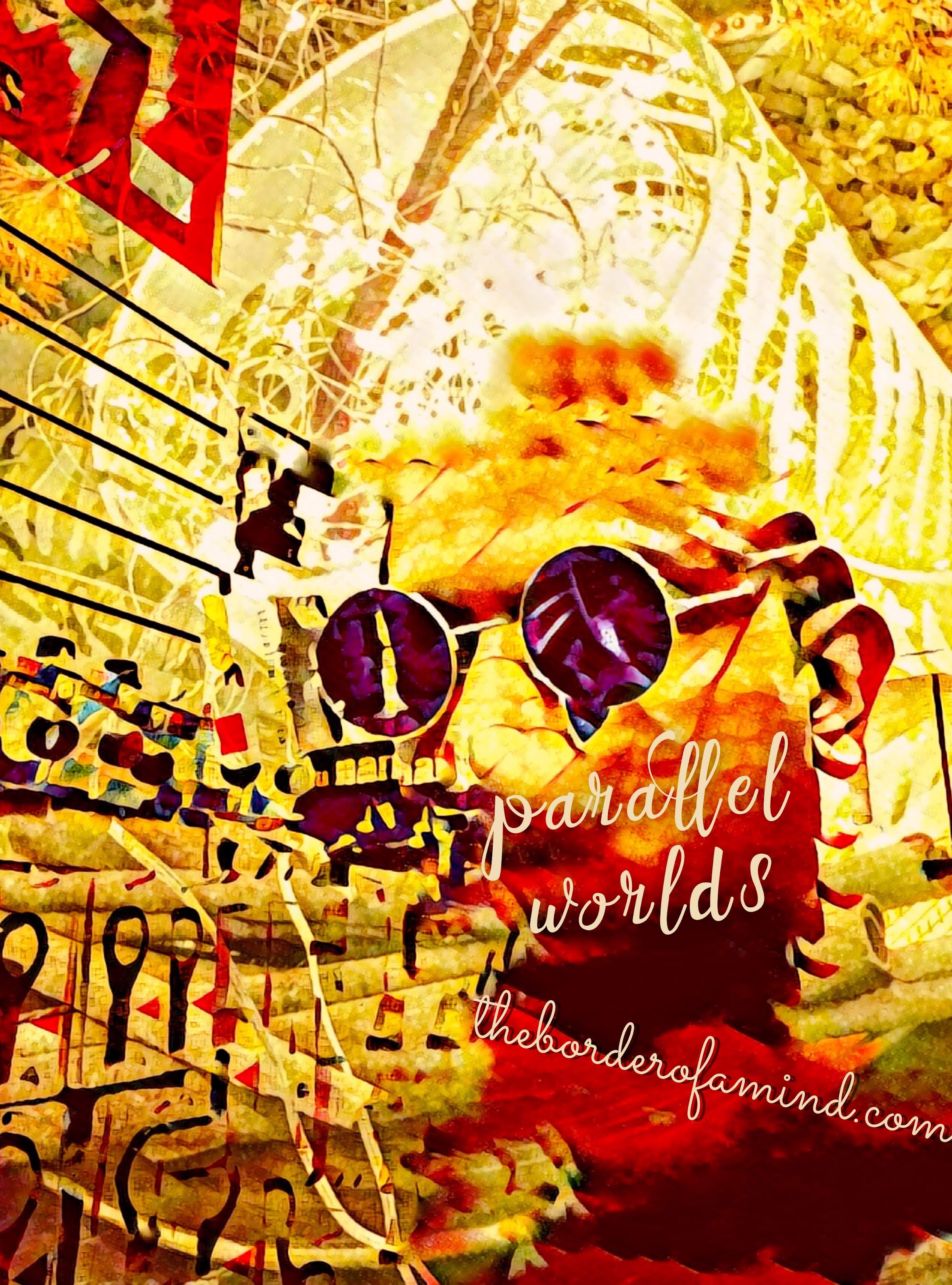 “Man’s striving for order, of which art is but one manifestation, derives from a similar universal tendency throughout the organic world; it is also paralleled by, and perhaps derived from, the striving towards the state of the simplest structure in physical systems.”
— Rudolf Arnheim

Explore original fine art from The Border of a Mind.