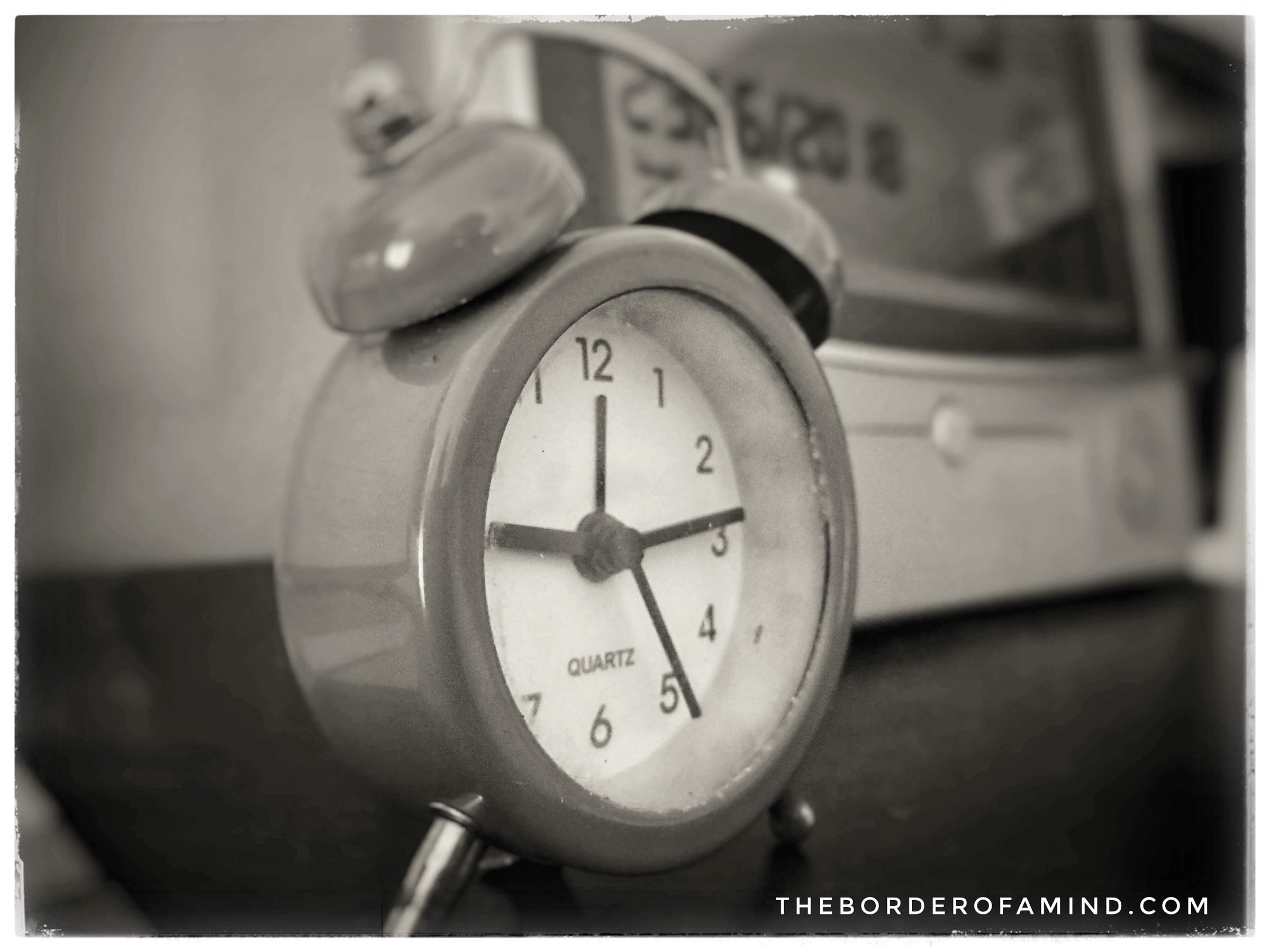 I couldn’t write for the past few days due to my frame of mind, not in the beautiful space I need to be in, to put my heart into what I do. Today, I’m planning to write about the perception of time and some contemplation on some of my recent thoughts on this theme. Welcome to another slice of our Ponder Series. You won’t be bored with a long read while we explore together on the wonders of time and its perception.

The perception of time and its intricacies are keys to several extraordinary secrets about the world we live in. A baby does not come out in a moment, but takes almost 9 months. A seed could have become a huge oak in a day, but it takes hundreds of years. We don’t eat the fruit on the same day that we plant a tree. Fruits of labor may not be seen right away. All things take time. There are certain things that cannot be fast-tracked. We often wonder about the magic of time and how it’s perceived.

In a wonderful article with regards to time on the brain, George Musser writes,

“It’s not that our memory is a glitchy wetware version of computer flash memory; it’s that the computer metaphor just doesn’t apply. Roediger said we store only bits and pieces of what happened—a smattering of impressions we weave together into feels like a seamless narrative. When we retrieve a memory, we also rewrite it, so that the next time we go to remember it, we don’t retrieve the original memory but the last one we recollected. So, each time we tell a story, we embellish it, while remaining genuinely convinced of the veracity of our memories.”

This is very profound. What we know and perceive as “past” is really a smattering of impressions we weave together as the author articulates it. All the experiences, events happening truly runs as “stories” in our minds and we only have impressions of them as they pass us. When you read an article on my website, for example, that’s a story weaved in your mind when you think about it later. We “perceive” time by usually comparing a “story” or a “moment” with a previously known moment or event if we think about it. When you’re reading this blog on your phone or on your computer screen, just clap your hands once and you’ll hear a sound. If you clap once again, you’ll hear another sound. Now, we call this interval between these two claps “time” by thinking that there’s an interval between them. When you clap the hands for the second time, the first clap sound you heard is only nothing more than a memory that’s formed in your mind, sort of like an imagination. You see, this comparison of moments and events and correlating with each other is what we perceive as time in our lives.

Before reading this post, let’s say you came to the room that you’re in now from a different room and let’s say you sat on the couch/chair or on the bed that you’re in now and once you sit and read what you’re reading now,  the images of how you came to the room before opening this website are now only information in your memory. That’s how we perceive time. Hence, the perception of time is heavily tied and if not only tied to the sequence of memories and stories running in our brains. It’s sort of like a movie being loaded with us being the actors in that play. Without these correlations of memories, there wouldn’t be any perception of time. I turned 32 recently. I determine it so because I have my mind being accumulated with memories and events related to those 32 years. If my memories do not exist, then I wouldn’t have any clue of a so-called “preceding period” and would only be having an experience of the single moment in which I’m living. In case if you haven’t thought about it before, pause for a moment and ponder on this reality.

Reels are being played in our brains and stories and perceptions are weaved on and on. That’s a true wonder only for minds who think about them. Deep thought is the key to gratitude.  Thank you for reading. I’m planning to write some other chapters on the same theme. It’s actually one of my favorite topic that I can write on and on with a hot cup of tea. Do write your thoughts to me.

Some of the chapters from the Ponder Series that you can read on :

If you are reading this series for the first time, have a look at the intent post.

Before I start, let’s see this beautiful video “Nature by Numbers” by Cristóbal Vila. I first saw this almost 9 years back and it helped discover a lot of amazing knowledge treasures which I didn’t know before. This number is used by architects and designers extensively, but what we are discussing here is something else. It’s about realizing and pondering on how the entire universe is crafted specifically in a specific metric. Have a look at the video and I shall elaborate further with detailed illustrations. I was pretty pumped up when I first came to know about this and would like to take this write up as an opportunity to share this information with you. Probably this would be the first write up for which I spent the longest time preparing content and illustrations for the only reason that I’m super excited to share this all of you. Now, let’s read.

This piece would be an addition to the Ponder Series that we have been writing extensively over the past several months. When we think about the world around us and also when we look within, it might seem usual and ordinary. But ponder series, as you might know, is all about thinking deeply and delving into the details by going beyond the ordinary perceptions. “Golden Ratio” is such a concept that’ll blow our minds off. I first read about this interesting ratio pervading the universe when I was in college. I shall elucidate it here, preferably with some visual illustrations. If you have not heard about this before, I’m sure this will definitely throw you into some wonder. Read it very carefully. It’s exciting information!

We might have seen this series in our maths classes and wondered what is special about them. They have an amazing property. If we divide any number in this sequence by the number before it, we would get numbers very close to each other. After the 13th number in this series, the ratio is constant and we get 1.618. This is called “Golden Ratio”

Now, this golden ratio number of 1.618 is pervading everywhere. If you didn’t know this before, get prepared to be blown away.

Human Body
Did we ever think that our body measurements were just random? Boy! we are wrong! The proportions and geometrical ratios are carefully crafted in this specific ratio. For a better visual perspective, I’m sharing a few illustrations below so that you can take a look! These values are universally true for every human body. Isn’t that a jaw-dropping realization if you didn’t know this before? 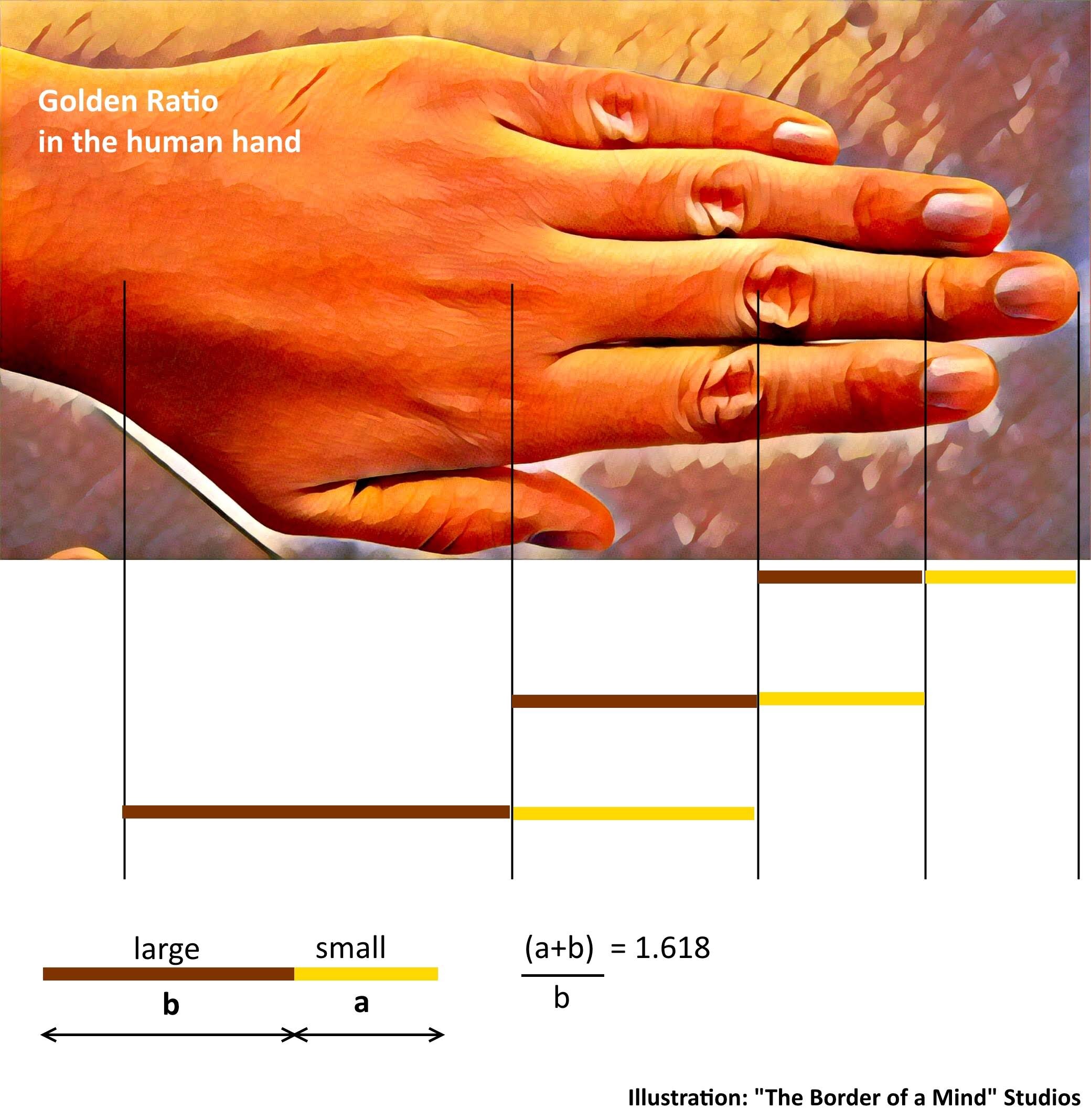 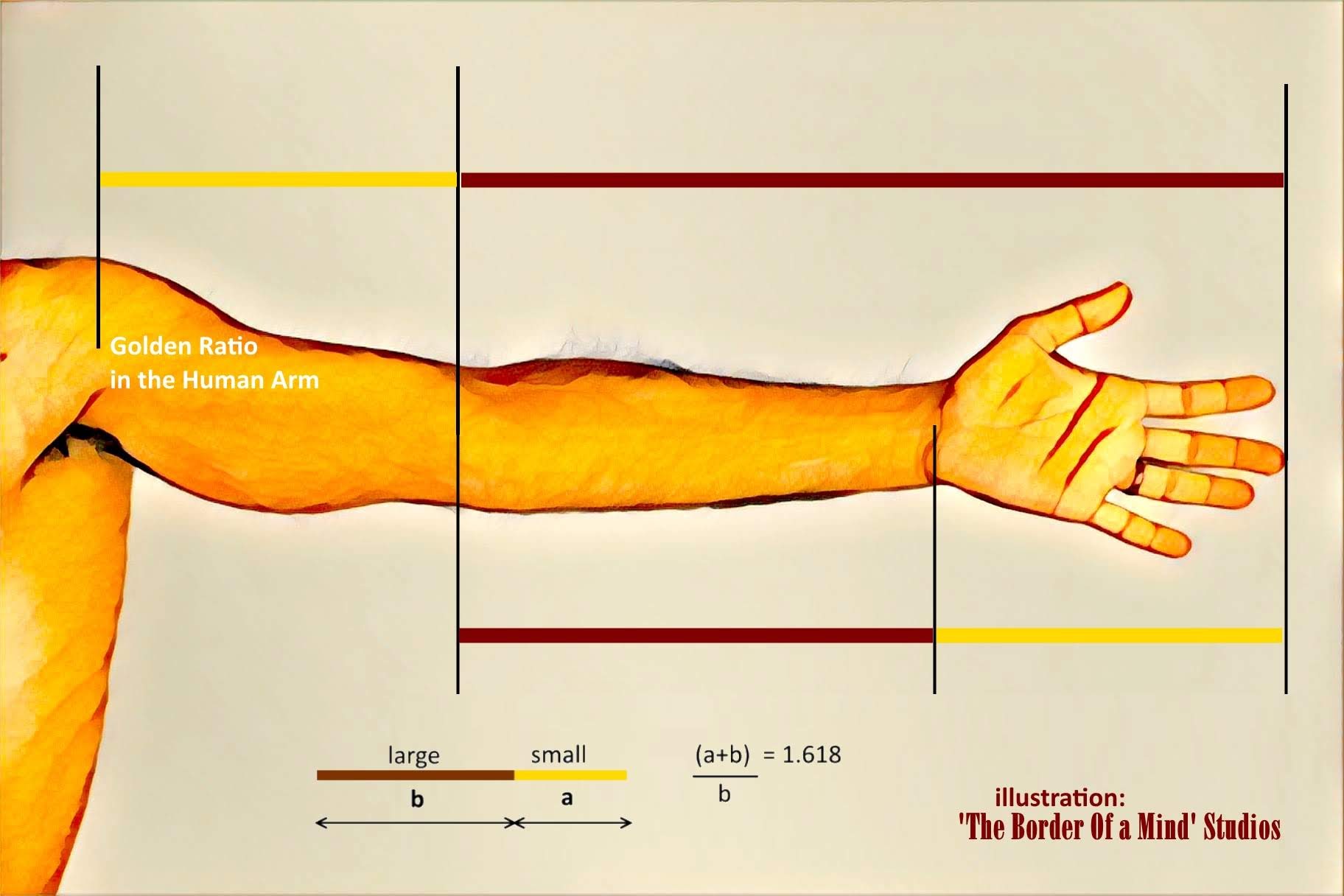 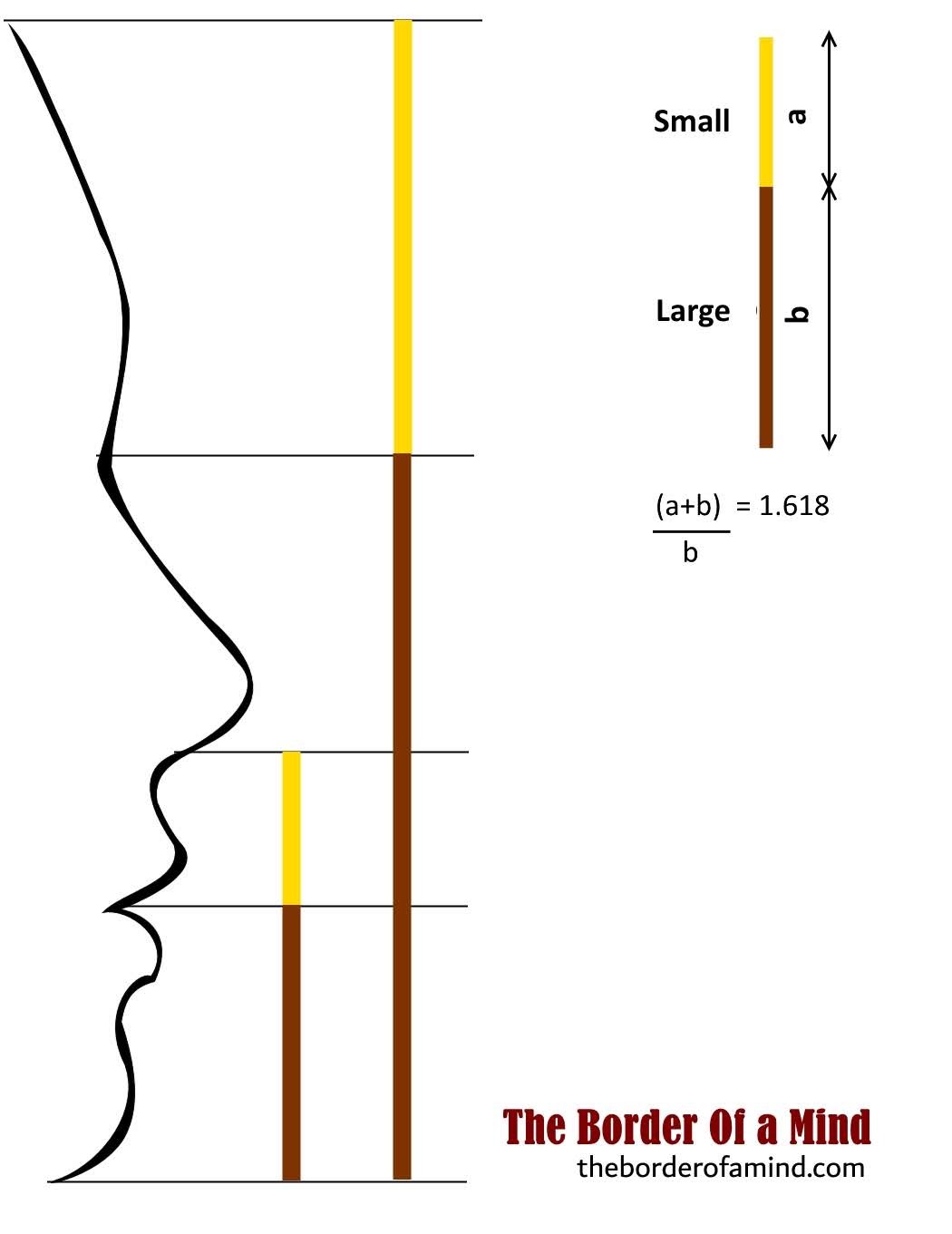 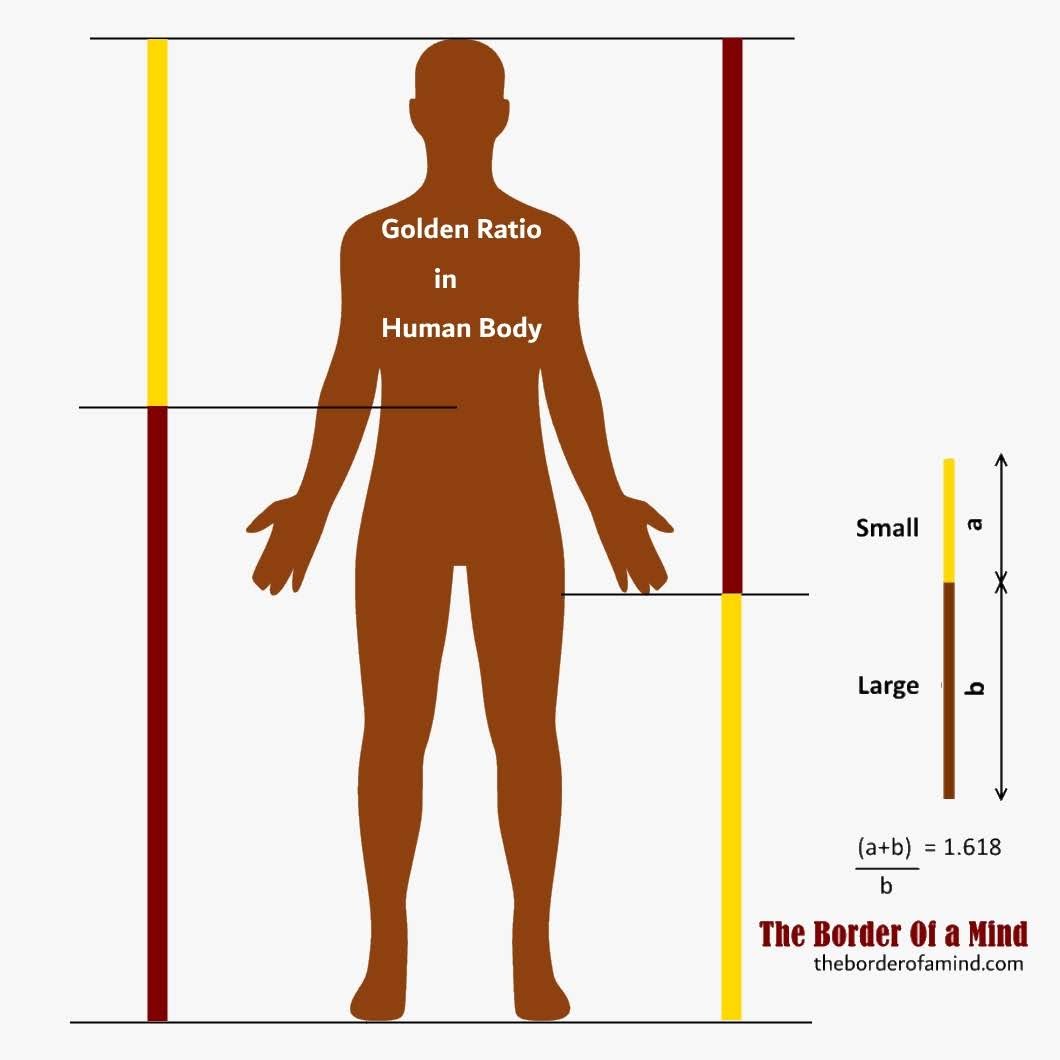 In a research study carried out in 1987, it was discovered that this magic ratio is also in the structure of the lungs as well. The bronchi network in the lung is asymmetric. The windpipe gets divided into the left and the right bronchi networks. The one on the right is short and the one on the left is long. The geometrical proportion of the shorter one to the longer one of this bronchi is 1.618. Isn’t that amazing? Recent studies have shown that the internal structures of the ears are also proportioned in the same ratio. The more we explore and delve in, the more breathtaking it turns out to be.

Golden Ratio in DNA Helix
DNA has two grooves in its spiral. Major to minor groove proportion measures as the golden ratio 1.618. 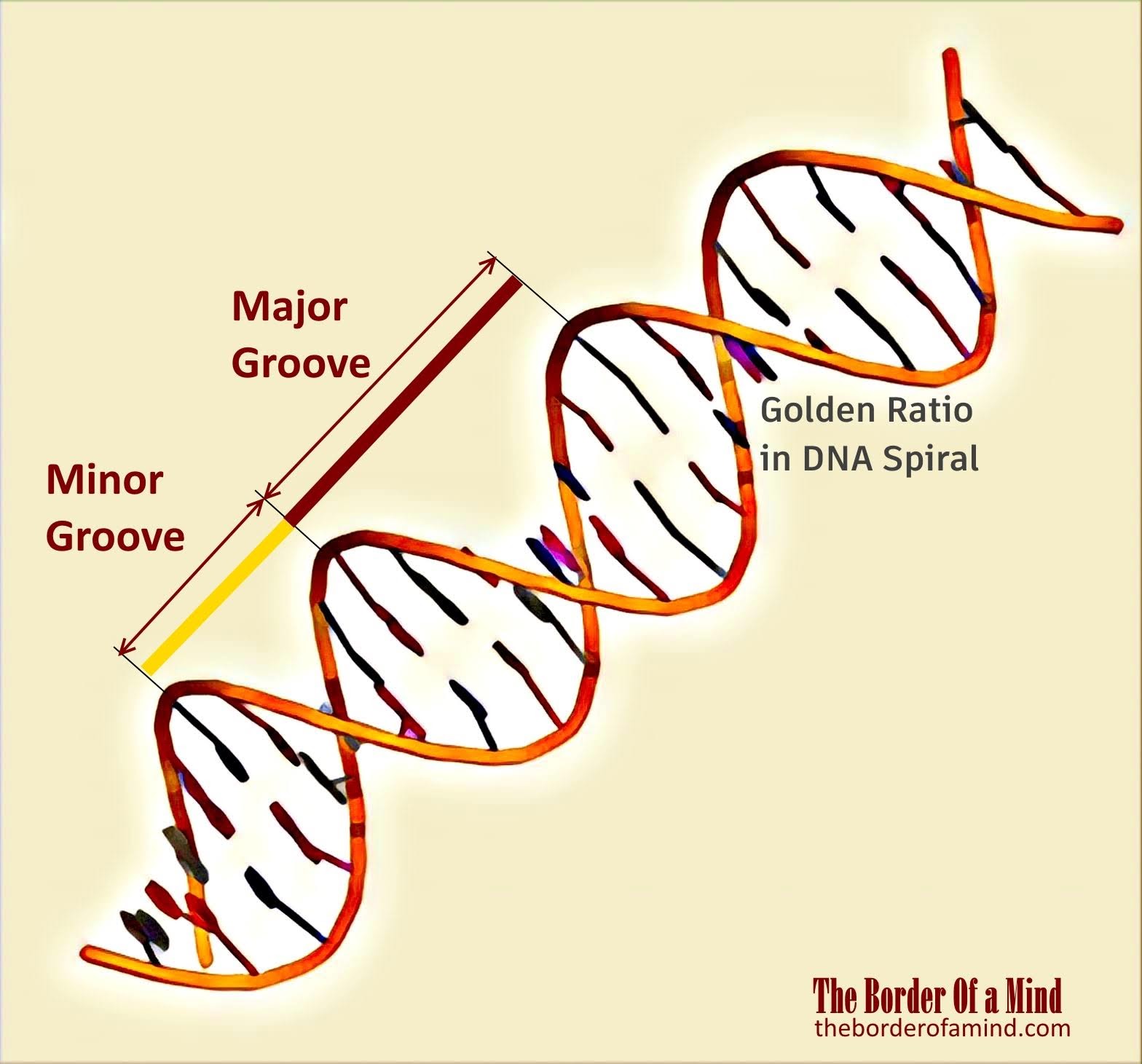 Golden Spiral
In geometry, a golden spiral is a logarithmic spiral whose growth factor is φ, the golden ratio. That is, a golden spiral gets wider (or further from its origin) by a factor of φ  for every quarter turn it makes. See the below link for a reference.

The golden spiral can be found in pinecones, sunflowers, pineapples, and a lot of other plants. Another amazing detail is that the petals of plants commonly grow in Fibonacci numbers. 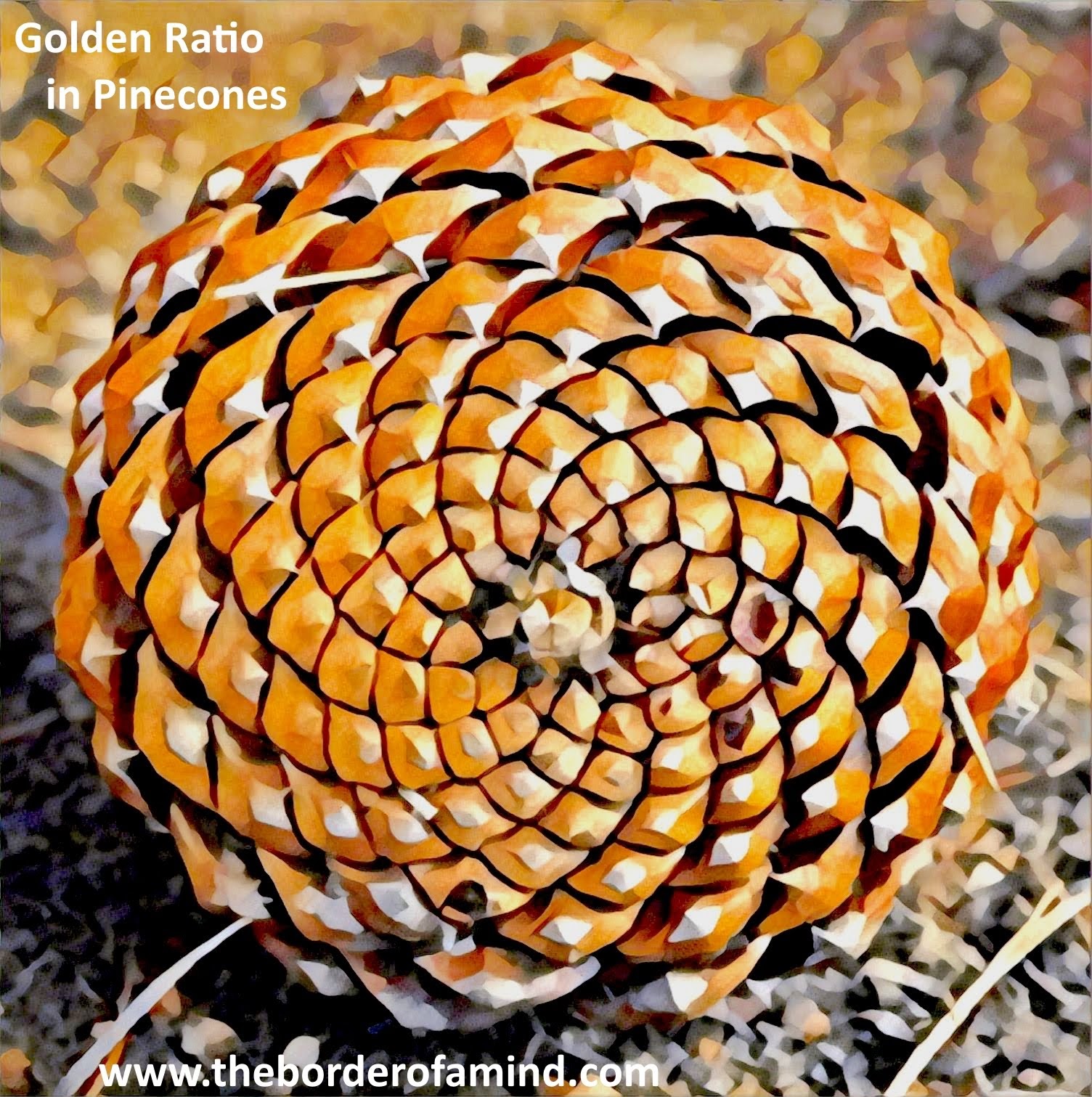 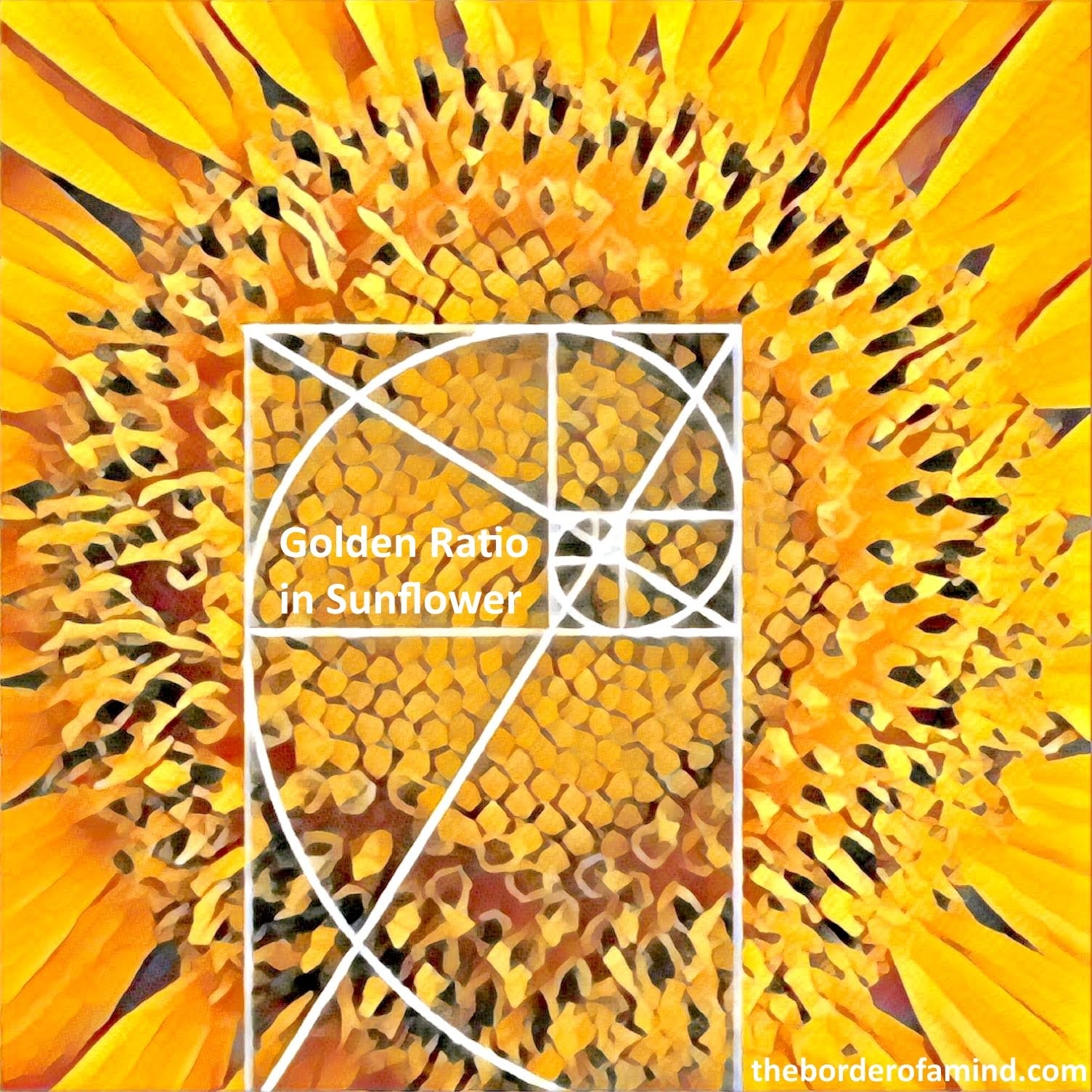 In sunflower, we can notice two families of spiral patterns: one winding clockwise and the other counterclockwise. The quantity of spirals in each family are always two consecutive Fibonacci numbers. This effect is the result of closely packing points separated by 137.5 degrees in tight spirals. This implies that the a golden-ratio based phyllotaxis allows not only for optimal sun exposure but also for maximal packing in horizontal space. (Reference) 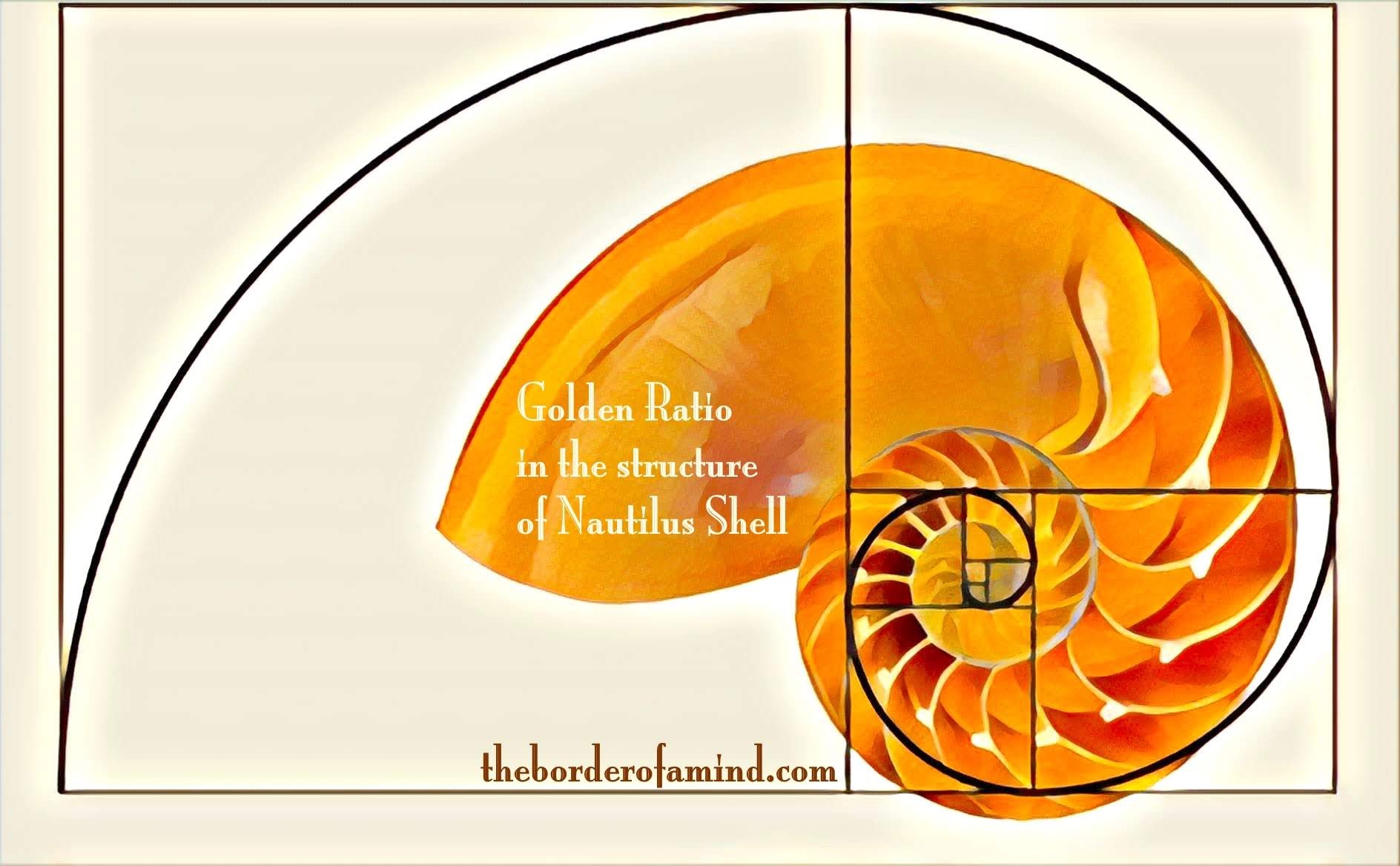 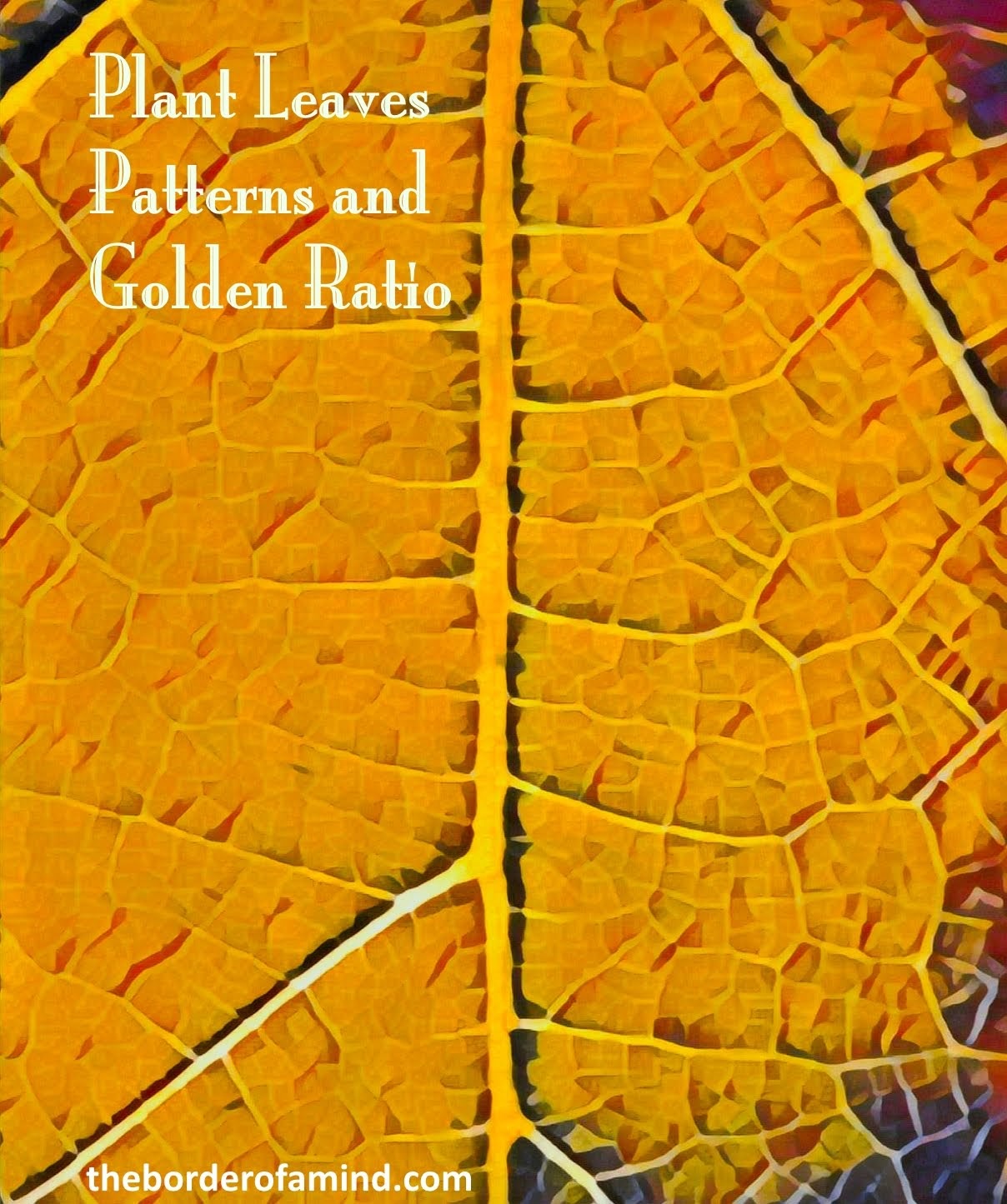 For field daisies, the count of petals is usually either thirteen, twenty-one, or thirty-four petals, all consecutive Fibonacci numbers. Bet you didn’t know about this before! 🙂

And it’s not over yet. We have more!

The golden ratio is even found in the shape of galaxies, hurricanes, and waves. 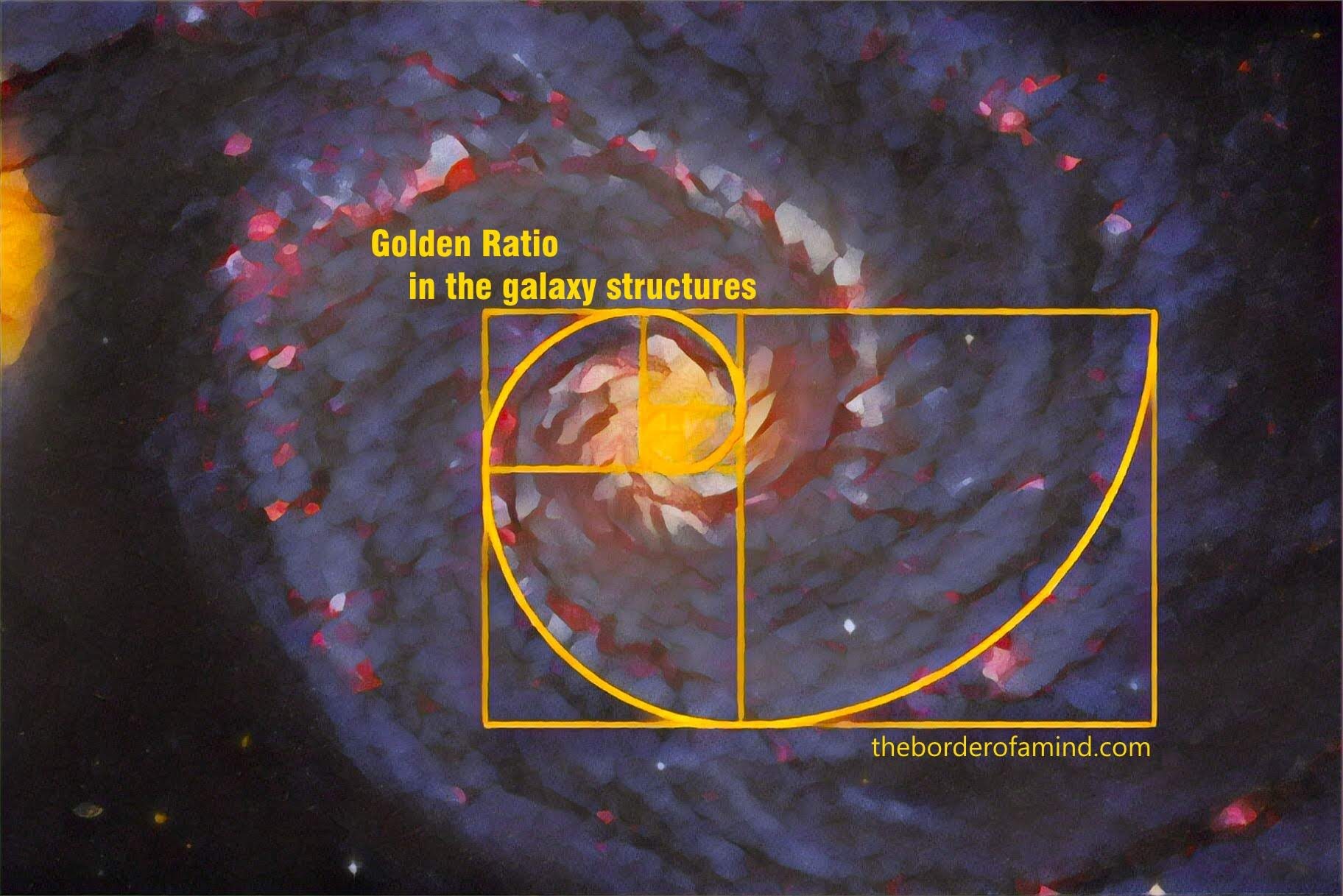 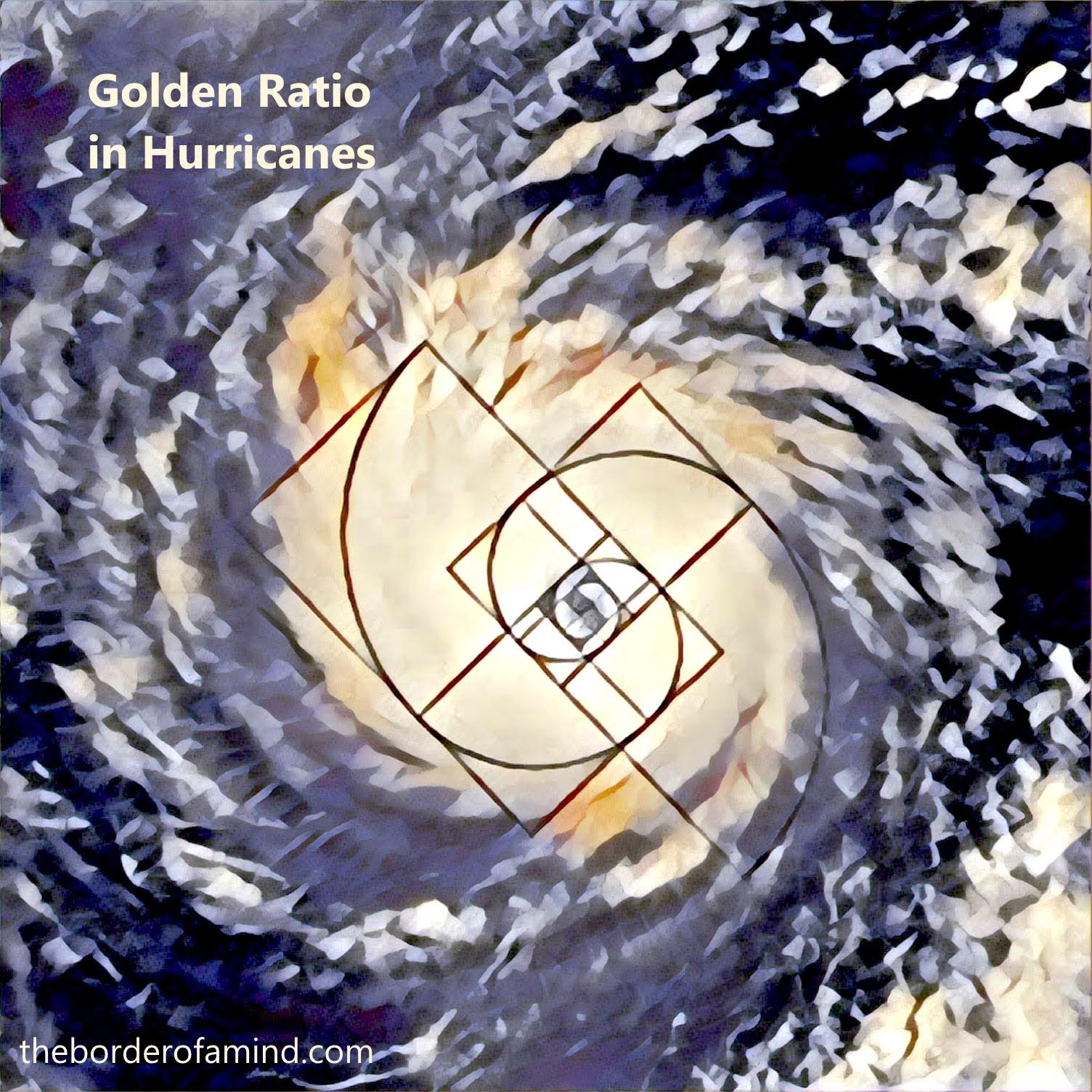 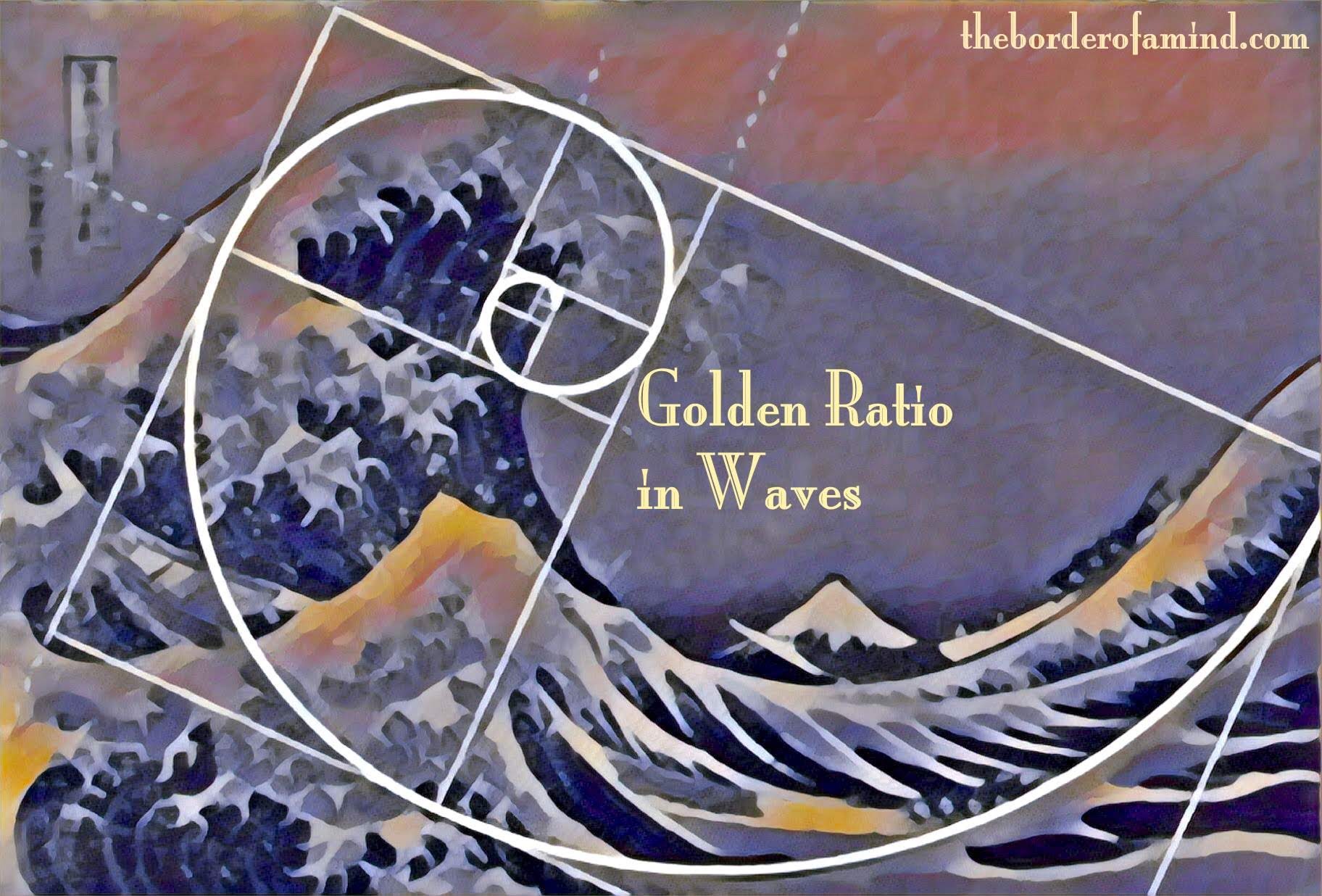 What I have shown here is only a small portion or subset of how this golden ratio pervades in almost every other stuff we are surrounded with. Leonardi Davinci has used this ratio in some of his greatest paintings. Architects use this ratio in designing structural solutions with better aesthetics. In architecture, they bring balance and height to structures and allow the usage of specific geometries and varying shapes and eventually help build aesthetic structures.  They are also extensively used in arts and music as well. The ratio is made use of in the design of several musical instruments and in timing musical compositions (Climax reaching at 61.8% of the song sequence to make it more appealing, for instance). Beethoven’s fifth symphony uses this ratio. The ratio is also used in other fields like facial plastic surgery and cosmetic dentistry. This is really thought-provoking. If we ponder deeply on these realities, we come to the realization that everything around us is formed and ordered in a measure which we even don’t notice. We require the eye of wisdom and insight to contemplate these realities. Don’t let these astonishing marvels around you hide from your thoughts and cogitations when we get engulfed ourselves in the blurred rush of routine life.  Uncovering this hidden mathematical miracle around us has a profound impact. Think about it, friends! Let’s widen our horizons and augment our perspectives. Personally, I believe this ratio is sort of like a divine signature. God bless friends!